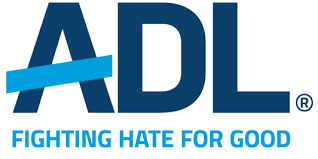 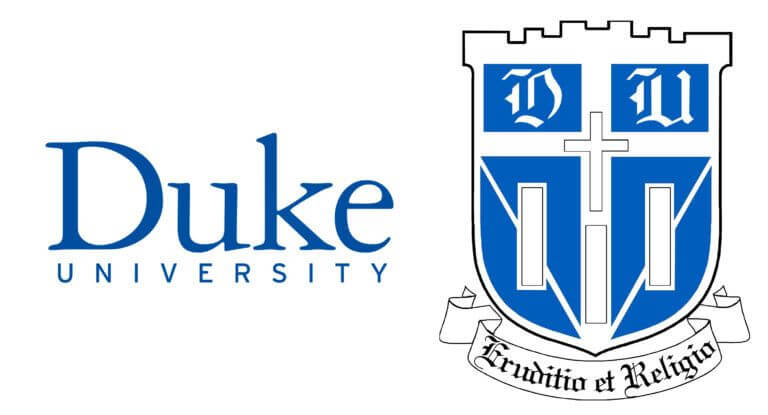 Track any Twitter Hashtag, Keyword or @account mention in real-time and see the result on our online dashboard

"TrackMyHashtag's service was smooth and professional. Everything went smoothly from order to invoice and data delivery, and the final data package was very high quality."

"Trackmyhashtag is a fantastic tool for social media analysis. It gives my team and I extensive access to a wide variety of statistics to show how our chosen hashtags are performing. The platform is extremely easy to use and the presentation makes the data easy to navigate" 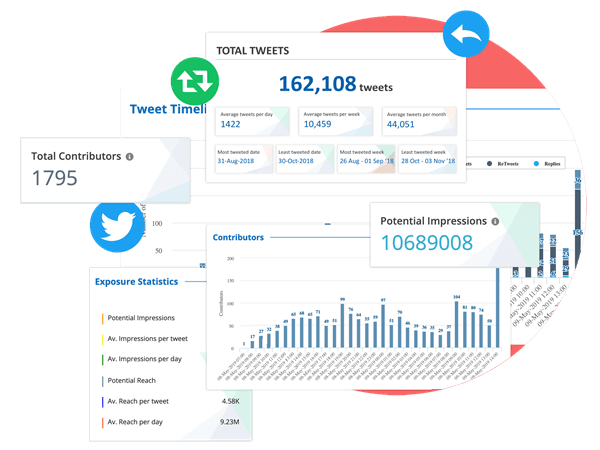 Our advanced Twitter hashtag tracking tool lets you track every tweet of a campaign without missing a single one. With our Trackers, you can monitor any hashtag, keyword, phrases, @mention - anything that appears on Twitter. 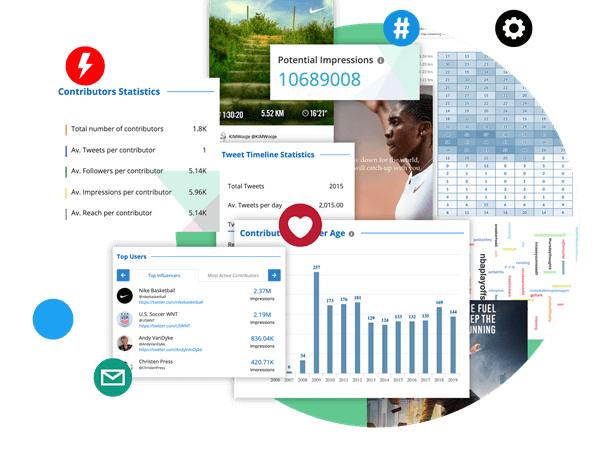 Measure the reach, impressions and engagement level of your Twitter Hashtag campaign and analyze its success with the help of various useful analytics.

Our real-time hashtag tracking report is loaded with lots of in-depth analytics which cut through the noise and provide you with lots of insights in easy-to-understand and presentable ways in the online dashboard and downloadable pdf. Measure Reach, impression, exposure of any hashtag, keyword or @mention 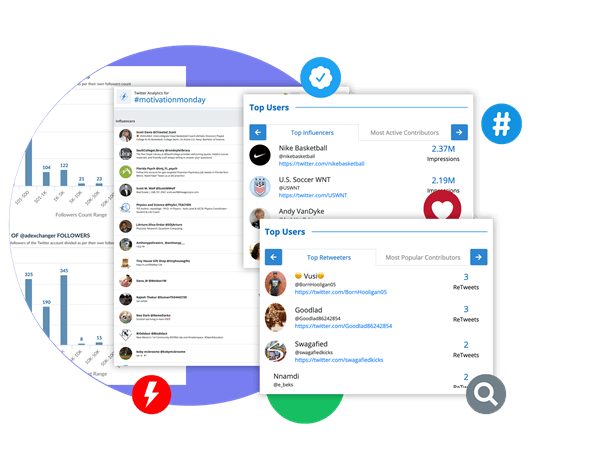 Twitter influencers are those users which on the basis of their authority, following, position and knowledge, drive a Twitter marketing campaign. A user can be considered as an influencer when he/she is generating thousands or millions of impressions and reach of any topic.

Our Twitter hashtag tracking tool has the capability to find out the top influencers who are involved in any marketing campaign. You can identify them, count their impact and make a decision for future Twitter marketing strategies. 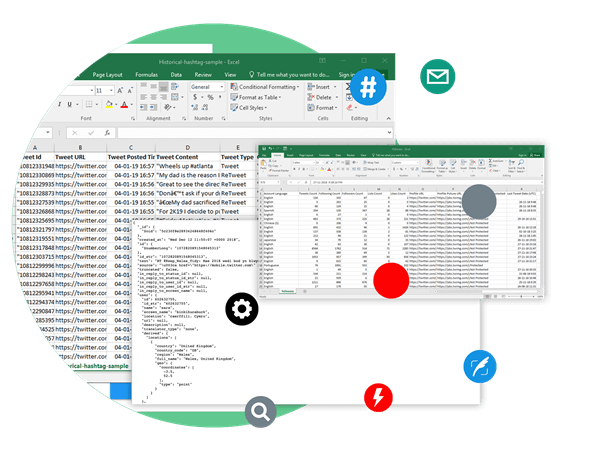 Download millions of Historical tweets for any time period containing your hashtag, keyword or @mention from Twitter.

Our Twitter hashtag tracking tool tracks both historical and real-time data of any Twitter topic. It helps you to see the complete picture of the performance of the campaign. 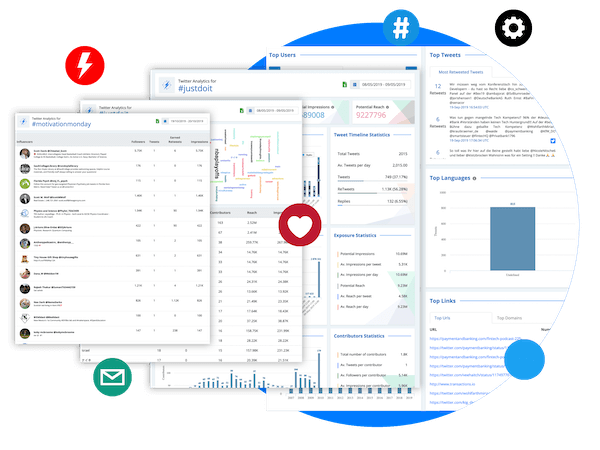 Our Hashtag tracking tool enables you to keep an eye on the competition. You can track hashtags, keywords and @mentions of your competition and plan your own social media marketing strategy accordingly.

TrackMyHashtag provides lots of useful Hashtag analytics which are derived from raw tweets data. These analytics help our users to conduct research, build a marketing strategy and predict future events. 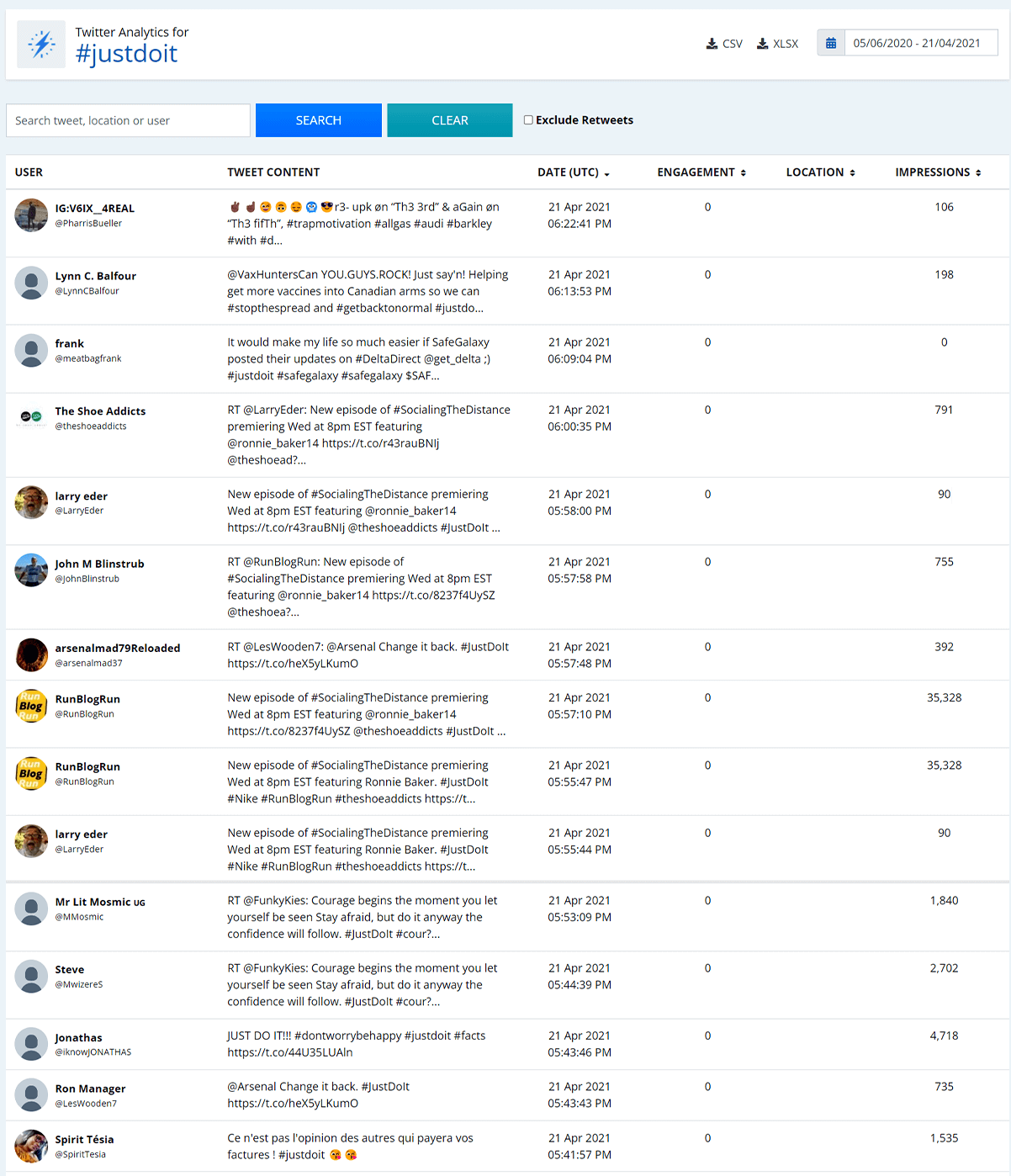 Export the raw twitter data in Excel (CSV) sheet along with metadata.

Comprehensive analytical dashboard lets you see the overview of all the analytics.

Details of every influencer involved in a Twitter campaign along with their performance parameters.

Predict the best time to tweet, a best hashtag to use etc. with the help of existing data.

Percentage of tweets coming from all over the world.

Track up to 2 hashtags for 5 days for free

Get dashboard and email notifications at every event happening in your TMH account.

Get a detailed hashtag tracking report which contains the timeline of all the tweets as well as their daily and weekly pattern.